Producers and consumers of credible content are unlikely to lie down for social media conglomerates on a fast tract to alienating users with underhanded revenue-generation schemes. 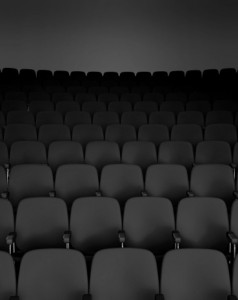 How will recent business decisions by media conglomerate Facebook affect a digital media landscape already wrought with revenue-generation strategies that threaten to turn off its most important source of capital?

Hallmarks of transparency, consistency and authenticity ushered digital-age content producers into a brave new era of web publishing, and seemingly endless opportunities attached to the phenomenon known as online social networking. Narry a business executive, local merchant or marketing representative has failed to consider the implications of embracing or ignoring a self-publishing landscape in which user demand for on-demand information gave teeth to bold technology startups now valued in the billions.

It’s called social media, and some who went in early on claiming and building out a credible presence today enjoy access to respectable-sized audiences waiting for friends or co-workers to tell them where to eat, where to shop, and with whom to do business. Wide-open web- and mobile-based sales funnels also resulted from the development of modern media platforms that foster real-time sharing capabilities, and placed tech-savvy publishers in both B2C and B2B industries well ahead of the curve in terms of personal-branding initiatives built on crafting or aggregating relevant data for niche audiences in every field.

As 2013 draws near, it appears Facebook, whose grades in e-business and customer service sunk to new lows earlier this year, still isn’t satisfied with data points gleaned from a 1-billion-strong user base. Tell me, if you had at your fingertips enough social capital to - if nurtured properly - turn a 9-year-old company into something that with half as many users could wield more influence than 100 Instagrams, would you go for it?

Or will these data wars ultimately lead both grassroots producers and end users to withdraw from or completely shut down third-party domains, and write long-winded posts filled with queries pointed directly at the elephant in the room? Elephants marching in a modern media circus with strict-sounding names like “privacy,” “security” and “copyright law.”

It begs the question, what will all of this look like five years from now? Will companies such as Facebook and its affiliates continue crafting arcane money-making schemes to take full advantage of their user-base as account holders distance themselves from those whose only intention in the custom-publishing arena is to cash in on the whole deal?

Will a visionary few quit measuring social in terms of how it relates to this year’s bottom line - returning to their roots and looking past the ability to measure success by way of follower counts - and instead implement value-add tactics to encourage user participation without facilitating fear of good works falling into the hands of publicly traded companies with designs on cutting out of the picture producers who actually have something to say?

In 2012, while cookie-cutter SEO companies and digital media giants circulated countless articles regarding the ROI of online social networking, both traditional and grassroots proprietors of credible content retrenched in the social media space, and continued to build a reputation as go-to sources of timely information related to their respective areas of expertise.

What will spark the next innovation? Will it derive from some corporate buckaroo that puts her or his career at risk by placing long-term credibility among industry partners and brand advocates in front of short-term expectations of shareholders? Or will some founder or entrepreneur buck the expectations of near-sighted investors fixed on only on the bottom line? Even as Google implements fresh algorithms to weed out black hats who use underhanded practices to improve search page rankings and the like - and hopefully push digital leeches further away from the mainstream interwebs - social networking, by name and in practice, will continue to foster the sharing and free exchange of ideas, information and opportunities among members of diverse real-world communities each operating within the framework of a larger network.

Social is not a trend, and it's a safe bet that the inspiration to create and share text, still images and videos won't fade away anytime soon. It's also unlikely that early adopters who effectively implement and manage credible social media campaigns will line up to martyr themselves in terms of a willingness to “share” their most valuable asset all - real grassroots content created for unique audiences - with corporate giants who can’t see far enough beyond their own selfish ambition or questionable business practices to see the unlimited potential in building up rather than tearing down their biggest fans.

Quote of the Week: "You are not our customers, you are the cattle we drive to market and auction off to the highest bidder. Enjoy your feed and keep producing the milk.”