Remembering lunch with the late Jim Pollock and my first day as a business reporter. 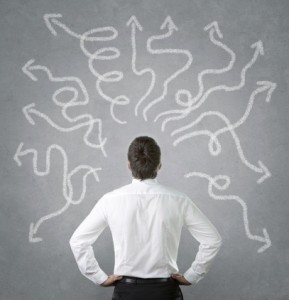 I walked for the first time into the newsroom of the Des Moines Business Record as a multimedia journalist a few months before one of the worst economic downturns in U.S. history took hold.

It was 2008. Media outlets across the nation were announcing intentions to shed employees in droves. Doom-and-gloom speeches regarding the future of journalism filled my ears for months prior to an offer of paid employment.

It was a bright spring day, and I had landed a professional reporting gig with a weekly newspaper, a business journal I would come to realize is among the most influential and well respected of its kind. A new career was blossoming. “Beaming” would have been an understatement.

I fell in love with news writing while earning a degree from Des Moines Area Community College. Being recruited into my field out of an editor position with the Urban Vibe – an independent student newspaper covering a college campus in my hometown – was somewhat of a dream come true.

I never looked back.

I spent more than three years at Business Publications, cutting my teeth as an online editor and commercial real estate reporter, meeting with nearly every executive who picked up the phone. Extremely grateful for the opportunity, I supposed my first day was typical of any cub journalist with a press card. Someone handed me a lead, and I got cracking.

The Business Record is also where I met the late Jim Pollock, an honest, intelligent and quick-witted man under whose leadership I grew faster as a writer than during any other period in my life. Jim, I recall, ate sensibly, brushed his teeth at work, and went for brisk walks during his lunch break on most fair-weather days.

On this particular day, Jim invited me to lunch, as I learned was his custom when welcoming a new addition to the team. Honored, and bending his ear a mile a minute as we made our way to a Court Avenue restaurant from The Depot on Fourth, I will never forget our first close encounter.

It was my first day on the job.

Happily plodding along and working hard to talk, impress and read Jim all at the same time – not the easiest of tasks – I saw, yet paid little notice to the two construction workers improving the streetscape up ahead. No, I had Jim’s attention. I was certainly going to hold it until this objective writer and editor, who’d built a successful career on discerning minute yet significant details about the world around him, picked up on one of my ideas.

Of course, it wasn’t until we approached our destination that – regardless of my skill, er, zeal for making keen observations – I stopped, peered down and studied the evidence. Horrified, my brevity kicked into high gear. I could barely look Jim in the eyes as they clearly verified the facts.

My right foot was standing in approximately two inches of cold, wet cement.

I never again saw quite the same expression on Jim’s face. It was almost as if he wanted to smile. You may remember that smile: a hint of joy obscured slightly by kindness and true professionalism. In this case, possibly holding back a bit out of regard for my feelings – sundry shock, embarrassment, disbelief.

Man, he was good.

A few years later, I attended an event in Ames while serving on the board of the Iowa chapter of the Society of Professional Journalists. A prominent reporter covering a beat for the Des Moines Register, where Jim had plied his craft for some 20 years, asked if I worked with the man. Then the journalist told me a story. Novice reporters who go to work for the Register are handed an article written by Jim Pollock, and given some very basic instructions. “Want to learn how to write a lead? Read this.”

Back on Court Avenue, one of the construction workers, without murmuring a word, apparently felt so badly that he stripped off his T-shirt, solemnly handing over the garment on which I wiped away caked-on cement in full view of happy-go-lucky passers-by.

It could only happen in Iowa. A sacred trowel in deed.

The initial lesson learned was rather remedial, but nonetheless concrete: watch where you’re going. When starting something new, it is easy to get so overzealous and keyed up about the future that we fail to pay respect to real obstacles in our paths. Looking ahead is important, but not at the expense of the here-and-now.

The longer-term learning experience cuts a little deeper. Life and business each bear a significant amount of risk. Risk can be healthful. So is a healthful fear of it. We must acknowledge in stride the good and the bad, understanding that it is okay to slow down and take a big step back when necessary. This often results in surfacing with a fresh perspective, not to mention new material.

And even if we do rush ahead – sometimes falling on our faces – at least we're moving in the right direction.

I mustered enough courage to thank the now-shirtless laborer before Jim and I walked inside Legends American Grill, where I proceeded to wash brand new shoe leather in the bathroom sink. The shine never did come back.

Jim, it was said, may have sworn off taking new reporters out to lunch after that. And my first day on the job was forever etched in the proverbial halls of business-journalism lore.