A collision bell of technology, infrastructure and online media is sounding across Iowa and the nation as its people and businesses rely exponentially on fast-and-easy access to
digital highways. 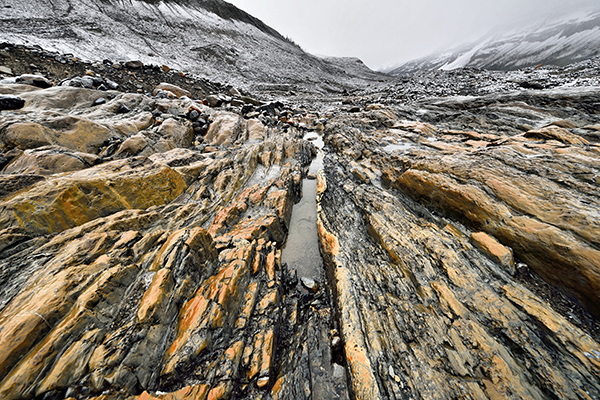 The ability to locate credible sources of timely, relevant and sharable information – from virtually anywhere an Internet connection can be achieved – opens doors daily for millions of Americans to peer through their devices and into a socially networked world.

Transparency, authenticity and consistency have long been hailed as hallmarks of public relations and social networking with a customer-centered focus on informing, educating, influencing and inspiring relevant audiences in print, in person and on the web.

Consumers, professionals and other decision-makers empowered with laptops, smartphones and tablet computers tend to place a premium on these characteristics while seeking out and sharing information with friends, family and coworkers in near-real time.

Nina Luttlinger and Gregory Dicum in “The Coffee Book” serve up a fascinating history of the bean, including the rise of seventeenth-century coffeehouses that the English often referred to as "penny universities" due to the social, political and cultural conversations they fostered – and inexpensive education provided.

Step inside just about any contemporary coffee shop and imagine the only difference to be found is that each of today’s over-caffeinated patrons is armed with a pocket-sized device that reportedly has more computer power than all of NASA did in 1969.

On the national front, calls to fortify physical infrastructures are being driven by considerations of how to ensure the long-term sustainability of coveted data flows. MIT Technology Review shared some ideas powering the work of University of Wisconsin computer science professor Paul Barford, whose team spent four years mapping the paths taken by long-distance fiber-optic cables carrying Internet data across the continental United States.

The professor is thinking ahead and trying to get everyone on the same page in terms of effectively maintaining and securing use of the Internet in the event of accidents, disasters or intentional attacks. MIT reports that he spoke with researchers and telecommunications companies about an idea to install new fiber links – which different organizations would share – and with the intention of bolstering the Internet’s resilience and efficiency among major population centers.

In Iowa, Gov. Terry Branstad over the summer signed into law the "Connect Every Acre" bill, emphasizing an initiative to expand access to high-speed broadband Internet to underserved rural communities across the state. He said in August that $53 million in federal grants would help deliver the service as part of an effort to hasten the pace of on-demand information to schools districts, small businesses and the agricultural sector here.

GovTech.com reported in September on the Intelligent Community Forum’s plans to build a collaborative online community centered on positioning rural families and businesses for success via the exploitation of broadband. The “New Connected Countryside” initiative is focused on building the necessary infrastructure to support “rural community information sharing” and public-sector involvement.

Furthermore, a Pew Research Center study found that 2025 is going to be the year Americans really start taking the Internet for granted as digital technologies are equated to the “casual use of electricity” in the most-developed parts of the world. They expect “it will be readily available anywhere anytime at an extremely low cost.”

From farmers who rely on GPS-enabled systems in precision agriculture applications; owners and contractors opening up new tracts of land for residential building or commercial development; and homebuyers or business owners with a growing utility for reliable connections to the outside world – the conversation is just getting started on the digital divide.

The three-fold challenge revolves around connectivity needs, user adoption rates, and at which pace on-demand information and newly minted technologies become available – not to mention widely affordable – to humans from all walks of life.