Licensed real estate pros can enhance their image and adhere to advertising rules by capitalizing on the new Twitter profile scheme with the development of content areas and creative graphics featuring pertinent disclosures laid out for an aesthetically pleasing view.

The Des Moines Area Association of REALTORS on Wednesday iterated portions of Iowa’s administrative advertising rules for licensed brokers and sales associates during the professional organization’s April breakfast meeting. Three Razors Media was invited to join a panel discussion and share our perspective on Twitter, following a presentation on Facebook by local social media agitator Raylee Melton of Moth Media. Twitter was a timely topic for the early morning networking and educational gathering as the company announced last week that it has begun rolling new web profiles for all accounts, providing more than 950 million registered users with a bold new look, feel and a banner area with 1,500 pixels of digital real estate at its longest edge. 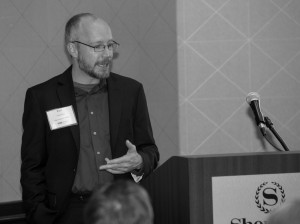 In January, the state of New York implemented new rules aimed specifically at checking the advertising practices of real estate professionals in their use of social media and electronic communications. Governing authorities in other states have also adopted or considered the adoption of specific language regarding advertising, the Internet and social media as others attend to integrating these topics into core educational curricula.

As image-laden platforms from Facebook’s Instagram to Houzz, Pinterest, Twitter and other social media continue to evolve amid a proliferation of new choices, we see more opportunities than ever before for real estate professionals to claim and fully utilize their digital assets. The new Twitter, for example, features a 1,500-pixel by 500-pixel header content area stretching across the top of the page, and a larger 400-pixel by 400-pixel space to display a headshot or logo.

Why not ask your marketing department or public relations agency to create a stellar image or informative graphic for use in those bright and shiny new content areas? Not only could building out a custom space enhance your online image and set you up to make future connections, there’s plenty of room to disclose pertinent information such as your name, your brokerage, your contact information and states in which you are licensed to produce real estate.

The next time you log on to Twitter, you may also find that your name, Twitter handle, bio, and pictures now appear on the left-hand side of the page, directly underneath the profile picture. The new profile scheme also displays additional tabs for photos – reinforcing Twitter's focus on allowing users to incorporate rich multimedia content into feeds. An update to Twitter’s Android and Apple iOS applications that began launching at the end of March also allows users to “tag” people in photos and share up to four images in one tweet as a collage.

Making best use of the space should also include linking out from your profile to the URL of your brokerage’s website, your personal website or social media sites, keeping in mind that best practices call for licensed real estate brokers and salespersons to ensure all pertinent disclosures may be found no further away than one click away from the viewable page. Overall, investing in the survey and construction of a credible presence on sites such as Twitter can enlarge a real estate professional's sphere of influence while mitigating the potential for legal liability and protecting the public’s trust in a digital age.

"Social Networking in Industry Specific Settings" will be the topic of Todd Razor's next talk scheduled for May 21, during a luncheon presented by the Remodelers Council of Greater Des Moines and hosted by the Home Builders Association of Greater Des Moines in Johnston. Anybody with any interest in real estate, construction, development or online social networking is welcome to contact Todd and inquire about attending the luncheon as his guest, and learn how the use of social media such as Twitter can help build brand awareness and reinforce existing business connections leading up to, during and immediately following opens houses, trade shows or special events.